Kim Wilde burst onto the music scene in 1981 with the classic ‘Kids In America’, a worldwide hit. This lead to a stunning career with over 30 million record sales spanning 12 albums and some of the most memorable hits of the 80s including, ‘Chequered Love’, ‘Cambodia’, ‘You Keep Me Hangin’ On’ (number one in the USA), ‘You Came’, ‘Never Trust A Stranger’ and ‘Four Letter Word’.

Voted Best British Female Singer at the BPI Awards in 1983 (Forerunner to the Brits), Kim also supported Michael Jackson on his ‘Bad’ tour in Europe, playing to over 2 million people over 5 months and also supported the legendary David Bowie across Europe on his 1990 Greatest Hits stadium tour.

After a break from music to get married, have children and re-discover a love for gardening, Kim returned to playing live in 2001 with various festivals and tours including Australia in 2003 before signing to EMI in Germany in 2006 and releasing the ‘Never Say Never’ album.

After several chart successes with the singles from the album, Kim and her band took to the road, performing over 50 shows in 2007 including two tours and various festivals in 2008.

2011 also saw the release of ‘Snapshots’, Kim’s album of her favourite cover versions. This was also followed by a tour in 2012, which also included Kim’s greatest hits.

In 2013 Kim released the beautiful and critically acclaimed, ‘Wilde Winter Songbook’ album, which featured her favourite Christmas and winter inspired songs, both cover versions and original material. With Radio Two playing ‘Hey Mister Snowman’ at Christmas, Kim played a few select Christmas shows in both the UK and Holland, which she repeated with the release of the special edition of the album the following year.

2015 and 2016 saw Kim continuing with her popular radio show on Magic FM and putting in some amazing performances at festivals across Europe, while also touring Holland twice and doing a tour of Australia in November 2016 with Howard Jones, Kim also appeared on the main stage at the Download festival with ‘Lawnmower Deth’, performing their version of ‘Kids In America’. 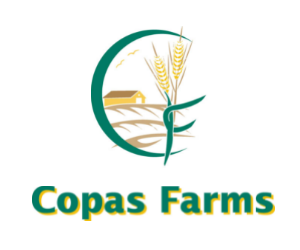